Having read the first two books in Weeke’s Rogues of the Republic series I was intrigued when I saw Feeder with it’s ‘sci fi’ feel.  I’m enjoying the fantasy series by this author (although I need to read No.3 and complete the series – I have completion issues!) and similarly to his fantasy works this book has a fun feel.  I enjoyed this.  I would say it’s probably aimed at a YA audience although to be honest it has a comic book type adventure feel that I’m sure will appeal to many.  It’s not a serious read but definitely something that I could see being adapted to screen really successfully.  A bunch of young adults with mutant powers plus a very diverse and inclusive cast of characters.  On top of that it’s virtually non-stop action with monsters of the tentacle-kind.

As the story starts we meet Lori Fisher.  She’s received a message with details of her latest job and is sorting out real life issues in order to dash out the door – this gives you an immediate glimpse into Lori’s life.  You meet her brother Ben, who she adores, and get a feel for their close knit unit – it also kind of surprised me because Lori is only young, especially to be responsible for her brother, but don’t worry, all things will eventually be revealed.  Unfortunately, at her latest job, things go a little pear shaped and to cut a long story short Lori winds up rescuing a bunch of teenagers who all seem to have special powers.  Lori looks after her younger brother and being only 16 herself she keeps a low profile so as not to draw attention to the situation, the last thing she wants is her brother being taken from her.  Her latest job and the whole rescue situation has drawn the unwanted attention of The Lake Foundation.  A huge and powerful corporation who will now be looking for Lori.  If they find Lori they find Ben and then Lori’s family life will unravel.  The only thing to do is to strike first.

Lori is a monster hunter.  She seems to have special powers and yet on close examination that might not really be the case.  Lori is the tip of the iceberg, her Handler, who actually alerts her to ‘jobs’ is in fact a monster.  A huge creature who feeds on aliens.  In a fashion Lori is the bait that draws ‘feeders’ into the open.  The group of teenagers that Lori helps to escape are known as the Nix.  The Lake Foundation have been making enquiries and have lured them from their homes with the promise of scholarships – of course it’s all a ruse.  The Lake Foundation intend to study these teenagers and they don’t intend to go gently.

This is definitely a book that you simply have to go with the flow. It doesn’t really provide a great deal of background but runs with the expectation that you’ll jump on board and keep hanging on.  It’s a whirling dervish of action and a speeding train of fun and finding out what everyone can do and who the baddies of the piece are is all part of the enjoyment.

The world building, well, it’s kind of brief as I mentioned.  The water levels have risen and there seems to be a collective brain washing of the majority of the population that prevents them from really examining why that might be.  It could be global warming or it could be something that prefers to remain in the dark undiscovered. In Matrix style most of the people live their lives in blissful ignorance of what’s really going on with the planet.  Some of them are used by the LF and once they’ve been taken over can’t revert back to their former selves, they become like hollowed out versions of themselves, puppets who crave the lack of feeling that they experience whilst under control of the dark creature and it’s minions.

There’s a great cast of characters and I really do have to applaud Weekes for being so inclusive and managing to write a bunch of young adults, all different, who come across in such a kickass way.  I really enjoyed seeing the way they start to gel as a group playing to their strong points and looking out for each other.  Lori is actually an easy enough character to like.  I felt sorry for her at times as she seems to have such a lot of responsibility to carry, she comes across almost as the unspoken leader of the group and yet underneath it all she suffers from a lot of self doubt – not least because she holds close the secret that she works for one of the monsters that they’re all hunting.  She’s not even sure if she’s human or not.  There seems to be holes in her memory and for Lori they all lead to a path known as ‘fear of discovery’.

In terms of criticisms.  Well, this isn’t a book that you really need to overthink. It’s a blast of entertainment – and when I say a ‘blast’ I literally mean it.  The story bolts out from the starting blocks, gains momentum and doesn’t lose pace until it crosses the finish line.  Not really a downside but the pacing and constant action don’t leave room for much else and in some ways it leaves you feeling that the characters and world building could be strengthened a little.  The only thing I would mention is that along with the fast pace the story literally takes place over a few short days and for me there’s a rushed element to some of the coupling up that takes place. I don’t think that it’s really a problem but in a way I would have liked to get to know the characters a little more before the majority of them became so neatly tied up into romantic pairings – it just felt too fast which ultimately makes the relationships feel shallow.

Overall, this is an entertaining, easy to read book that I had fun with.  If you fancy a fairly light, almost comic style adventure with x-men type protagonists and a lot of action then give this a shot.  Very entertaining. 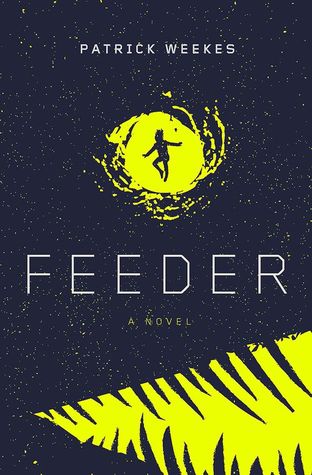