Looking Glass by Andrew Mayne
Series: The Naturalist #2
Published by Thomas & Mercer on March 13th 2018
Genres: Fiction, Thrillers
Pages: 316
Format: eARC
Source: Publisher
Thanks to Thomas & Mercer for providing me with a copy of this book in exchange for my honest review. This does not affect my opinion of the book or the content of my review.

I love this series so much right now.  It’s gone straight to the top of my ‘must read’ list and to be honest it’s the one time in my life that I actually wish I was late to the party – because then I could just pick up one book after another to satisfy my need to read more.  As it is, I’ll have to be patient and wait and pray to the God of Books that ‘pretty please, let there be lots and lots more books with Professor Theo Cray’.

To be honest, I picked this one up and had no expectations of liking it as much as The Naturalist, how could Mayne possible knock it out of the park again?  I simply loved the setting of the Naturalist.  The wilderness just gave the book an extra dimension of fear and the fact that the main protagonist is a nerdy scientist as oppose to a tough cookie all added to the tension.  So, yes, I confess, even though I wanted to love Looking Glass I picked this up with an almost belligerent stubbornness that there was no way on earth it was going to win me over or top the Naturalist.  Then, I read the first few pages, harrumphing to myself, inwardly thinking that I already didn’t like the setting as much, etc, etc, and what do you know, ten pages in and I was hooked.   Couldn’t put the book down.  I’m not going to say this is better than The Naturalist because I couldn’t call it – I am going to say that it’s every bit as good and it just knocked my socks off.

If you haven’t read the first book in the series then I would point out that it’s not essential to do so before picking up Looking Glass.  So far the books have been self contained stories in their own right.  However, why deny yourself the pleasure of picking up The Naturalist, it’s so good and also you’ll have a better understanding of Prof Cray if you’ve read the first book.  Basically, Cray is one smart individual.  He’s not a detective and doesn’t work for the police or in an investigative field.  He studies scientific data and has come up with a model for predicting patterns.  Having come to the notice of the authorities in the first book he is now working in an advisory capacity on covert operations.  That is until he’s approached by a distraught parent wanting answers about his son who went missing some years ago.  Theo reluctantly agrees to look at the case, let’s be honest, all the clues have long since gone cold, and yet once again he’s able to make use of not only his above average intellect but his ability to think differently.  I would say ‘outside the box’ but that’s a conventional phrase and there’s nothing conventional about Professor Cray.

I’m not going to discuss the plot other than to say that Theo will once again be on the trail of a serial killer, a killer who seems to be obscured by urban myth and is known as the Toy Man.

Once again Theo seems to be searching through the seedy underbelly of society and not only is this a dangerous endeavour bringing him to the attention of gangsters and hidden bureaus but potentially means his life is in serious danger.  He’s rattling a cage here that could release some serious monsters.

For me personally the real draw of these books is Theo.  In some ways this series and Theo himself remind me of Sherlock Holmes.  To be clear, these stories are nothing like Conan Doyle’s stories, nor is Theo a detective.  I hesitate to use the term because of it’s negative connotations but really he’s a vigilante – at least that’s what he would be called by the general populace of the world in which he lives.  In real terms Theo is simply someone who is relentless when he has a problem to solve.  He can’t let it go.  Like Holmes he works things out in a methodical way and similar to that famous detective I would say he has ‘issues’ in connecting with other people.  In Theo’s case this means he has an ability to think differently, to examine data for what it is, what it means and what it says.  It makes him a fascinating character to read about.  Part of the thrill of Holmes was listening to his theories, how he’d figured something out and this is a very strong part of the enjoyment, for me anyway, with these stories.

As you would expect with a second in series the main character has grown.  When we first met Theo he was totally absorbed by his work and statistics.  He had very little interaction with others and his scientific work took up all his time.  His exploits in the first book unfortunately cast him in a rather poor light in terms of his academic peers and his work as a tutor and scientist have crashed.  That being said he’s kept busy.  In this book we find a slightly more savvy character.  Theo has learnt a few things through his near death experiences.  That’s not to say that he won’t still put himself in harm’s way – just that he will reflect on his actions before he does so.  Some of his exploits, well, they had me on the edge of my seat.

I don’t think there’s too much more I can say really without spoiling the potential for surprise.  Basically, if you want to read an intelligent, thought provoking, well written and gripping series, a series about serial killers, a series about detecting that isn’t a detective novel, then here you go.  This is a thrilling ride.  It’s dark.  It’s a little over the top, it’s original and totally, absolutely ridiculously addictive.  If you pick this up, prepare for total absorption, you can’t get off in the middle of a roller coaster ride after all.

In case you haven’t guessed, I loved this and can’t recommend it enough. 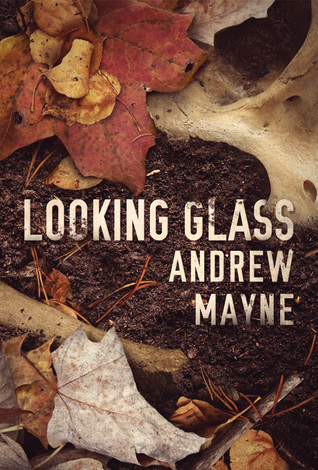