The Feed by Nick Clark Windo
Published by Headline on January 25th 2018
Genres: Science Fiction
Pages: 368
Format: eARC
Source: Publisher
Thanks to Headline for providing me with a copy of this book in exchange for my honest review. This does not affect my opinion of the book or the content of my review.

For a debut novel Nick Clark Windo has come up with an impressive and thought provoking story with a post-apocalyptic world that comes scarily close to believable. Set in a possible near future Windo brings to us a world where people are so obsessed with their ‘feeds’ that they’re practically incapable of functioning when everything comes crashing down.

Many of us live our lives pretty much glued to the internet with mobile phones becoming an absolute necessity.  You pretty much can’t leave home without your phone, it has maps, the internet, books, twitter, facebook, goodness knows how many apps and even your camera and ability to pay for goods, oh, and I almost forgot – sometimes people try to call or text you.  Now take this information and instead of carrying a phone around all day implant a chip directly into the human brain and provide people with a constant stream of information.  Your family can message you directly, send emotions and memories, information about anything can be relayed immediately to your brain, the need to study or read has become defunct and even the way you perceive others can be altered.  To be honest, it doesn’t read as a huge leap of imagination does it?  We’re never really more than a couple of steps away from all sorts of information and this concept just takes one step further in the natural progression of an ever developing world.

Now, imagine all that information coming to a fairly abrupt end.  Most of us stamp around like children if our wifi suffers a momentary blip.  Just imagine how we’d feel if we lived in a world where information was relayed into our brains the minute we thought of the need – then strip that all away and think about the withdrawal symptoms and trauma.  Your brain has become a lazy underused place where memory is rarely exercised and problems solve themselves.  How would you know how to survive with all this information taken from within your grasp?

As the story begins we glimpse Tom and Kate, pre collapse, they’ve both disabled their feeds and are experiencing an almost unheard of private conversation.  At the same time a series of events, starting with the assassination of the President, are about to change the nature of the world as they both know it.

We then jump forward.  Tom and Kate have survived the apocalypse and are holding things together on a small settlement with a few others.  Things aren’t easy and starvation is a very real possibility that keeps them constantly in search of resources to help them farm and grow food.  It’s a dangerous world.  Many have died but the ones who remain can’t always be trusted.  On top of that there is the very real possibility of being ‘taken’ whilst asleep.  The story then takes a dramatic change when Tom and Kate’s daughter is abducted from the camp and the two set off to find her.

What Windo does remarkably well with The Feed is provide a mystery and a final reveal that are incredibly unexpected.  The mystery of the ‘taken’ and the discovery of what caused the collapse make for a compelling hook and keep you reading at quite a breakneck pace – even in spite of a fairly slow start.  He also manages to create a tense and fear laden atmosphere, exacerbated by the fact that the characters and the reader never truly know whether or not everyone is really who they say they are.

The world building is well done and I enjoyed the style of writing.  I can’t deny that I set off with an almost ambivalent feeling that this would be much the same as other books I’ve read of a simiar nature and so the fact that the author managed to come up with something so unique was a very pleasant surprise indeed.  What is familiar is that the world here is one of decay and abandonment.  There are some scary critters out there, wild dogs and even wilder humans.  There’s also an element of pantomine – not everyone is as scary as they seem. Sometimes scary things are a form of protection or a ‘go away’ signal.

In terms of criticisms.  Well, overall this is an impressive debut with some unique ideas.  Of course I could spout off similarities to various other books and films but on the whole this book stands proudly on its own two feet.  The only thing that I had a little struggle with was the characters.  I confess it’s difficult to really like any of them very much.  Part of me thinks that this is how I’m supposed to feel.  There’s a strong feeling of fear and mistrust running through the book and this spills out into the way everyone behaves.  Always looking sideways at each other, questioning each other at every turn.  You start to become equally jumpy and it makes it difficult to latch onto anyone that you really want to see pull through.  That being said, and even though I’m always banging on about good characterisation being fundamental to my enjoyment of a book I didn’t ever feel the desire to put this down.  I needed to know what was going on here and eventually the characters, or one in particularly grew on me.  I think this was an intentional but risky way of writing.  Also, as mentioned that has a fairly slow start in terms of action, I’d say the first 30% is all about laying down the foundations for a good read. My final niggle relates to the ending – I really liked the ending in one respect but I also struggled with another element (which, I won’t go into for the sake of spoilers).

The conclusion of this story leaves me with many thoughts.  A slight feeling of horror that this could ever happen and a determination to not be too reliant on the wonders of technology (she says with laptop on her knee typing away).  More than that though I can’t help feeling a sense of awe at the complexity of what Windo has created.  It’s difficult to really expand on it too much without giving away spoilers but there are definite areas of misunderstanding between the people in the world that has collapsed and those that helped to bring that collapse about and these prejudices and ignorances have massively helped to destroy and kill.  I can’t really say more than that but it’s an impressive and thought provoking peace, particularly if you take the time to think about it carefully.  There’s also an element of complete mind-fuckery going on here – sorry to swear but part of the reveal involves something that just does my head in because it’s such a conundrum.  That’s all I can say about that though.  I know I have lots of teasers in this review and it makes me feel guilty but I genuinely don’t want to spoil the story for potential readers.

Overall I think this was a good read.  If you enjoy post apocalyptic stories that contain an element of surprise this could be just what you’re looking for. 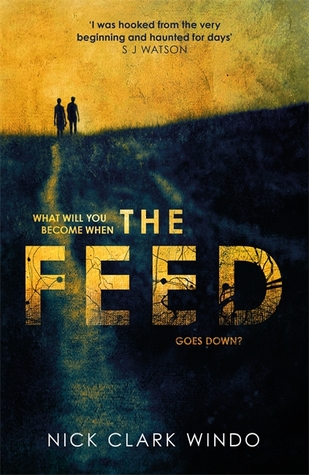