The Beautiful Ones by Silvia Moreno-Garcia
Published by Thomas Dunne Books on October 24th 2017
Genres: Fantasy
Pages: 320
Format: ARC
Source: Publisher
Thanks to Thomas Dunne Books for providing me with a copy of this book in exchange for my honest review. This does not affect my opinion of the book or the content of my review.

After reading and loving Certain Dark Things, I had no doubt I would read whatever Moreno-Garcia published next. That turned out to be The Beautiful Ones. Just from the synopsis I could tell it would be incredibly different from the vampire underground world created in Certain Dark Things, but I have to confess, I was hoping to still find a bit of that darkness in The Beautiful Ones. Well, I can’t say I found this to be dark like that, and will advise you that you can not read this book looking for world or tone similarities to Certain Dark Things. Moreno-Garcia did create great characters in both, that is the main similarities end.

As opposed to most of the books I read, the romance aspect was the strongest plot point in this book. You can also find character growth, and a lesson to embrace who you are, etc. But ultimately, this book was about relationships and romance. I am not stating that as a negative, honestly, sometimes its nice to read a book like that. But I like to know ahead of time so I can save it for when the mood strikes, so keep that in mind if you only read and enjoy romance centered books sporadically.

The magic in this book consists of telekinetic powers that are rare within the world. Nina, one of our POVs as well as the one I would consider the central character, is cursed with these telekinetic powers. Untrained, she can not control them, and they manifest at times of stress. She has earned a negative reputation in town as a result, and is pretty much considered “damaged goods“, since her ability is considered a liability and undesirable for a woman.

Hector, another of our POVs, also has telekinetic powers. Lucky for him, as a man, he can use his powers in a way that is not frowned upon by society. He is successful travelling performer, using his powers to create breathtaking spectacles. He may not have quite the same social standing as nobility, but he does earn enough money to rival them and garner a level of respect. He may not be one of them, but he is welcome among them.

When Hector takes an interest in courting Nina, his motivations are not entirely honest. The book is not a fast paced thriller, but a slow burn that explores relationships and trust, as well as acceptance for who you are. I enjoyed reading about Nina and watch her learn to not be ashamed of the magic that is just a part of her. If you are in the mood for a character and relationship driven book with a bit of romance and heartbreak, then this is worth checking out.

Tags: Silvia Moreno-Garcia, The Beautiful Ones 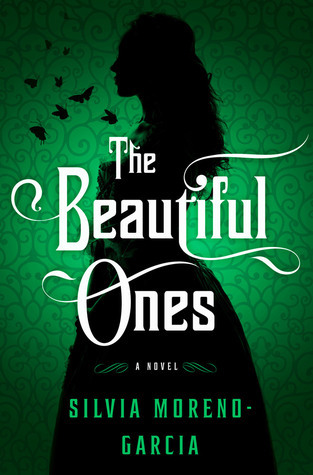