The Book of Etta by Meg Elison
Series: The Road to Nowhere #2
Published by 47North on February 21st 2017
Genres: Science Fiction
Pages: 314
Format: eARC
Source: Publisher
Thanks to 47North for providing me with a copy of this book in exchange for my honest review. This does not affect my opinion of the book or the content of my review.

Nowhere is a small community founded on the teachings of the Unnamed Midwife, flourishing nearly 100 years after a plague drove women to the brink of extinction. But outside Nowhere’s walls, violent men still seize what they desire. Can there be any hope for a better future?

Meg Elison caused a stir with her debut, picking up the Philip K Dick award for her twist on the apocalyptic in The Book of the Unnamed Midwife. Set a century later, The Book of Etta is less a direct sequel than a chance to explore how the world has changed in the longer term.

As such, I think The Book of Etta can be approached as a stand-alone novel (although your mileage may vary). A hundred years down the line, the Unnamed Midwife is a semi-mythical icon in the small matriarchal community of Nowhere. We can pick up the salient facts as we go along: that women remain a tiny minority because female infant mortality is unusually high and many mothers are killed by a birthing fever (however, those prefer clear context from the start may be put off). Outside Nowhere’s walls, women are frequently sexually enslaved by unscrupulous men – the world hasn’t recovered its balance or empathy down the years.

The eponymous Etta is an anomaly: a woman who has rejected Nowhere’s traditional paths of Mother or Midwife to become a raider, travelling across the Midwest to trade and scavenge – and, in service to the Unnamed Midwife – to rescue women from unpleasant fates. We meet her disguised as Eddy, confronting a man who wishes to sell a young girl. There’s no room left to doubt that he has been abusing her, and Eddy’s response is swift and ruthless. The Unnamed Midwife would approve.

If I thought The Book of the Unnamed Midwife was unflinching, The Book of Etta rips away any hope for a better future. Eddy’s raids center on Estiel (St Louis), home to a warlord known as the Lion; rich in fuel, trucks and bullets, his depredations to seize weapons and women range across the plains and clear to Utah. While I loved the range of small communities the narrative introduces – and their differing approaches to both the gender imbalance and the Lion’s threats – in the end it seems that only violence can stop violence.

Civil discourse is a luxury that has perished in the ashes of the old world; while stashes of old world weapons remain to be discovered, those who have them can enforce their way of life. It’s pretty bleak reading, but as in Midwife I appreciate that Elison acknowledges that and has her protagonists struggle with the question of why they keep fighting.

While there’s no doubting the feminism of Midwife, Etta ups the ante, also tackling reproductive rights and intersectional feminism. Elison peels away layers of world-building to develop her ideas chapter by chapter, exploring implications and consequences through Etta/Eddy’s travels. It becomes evident that Etta is a lesbian – an almost unacceptable concept in a world barely able to re-populate (in Nowhere, they rip pages from books to erase the idea; abortion is known only because nobody is willing to deface the Book of the Unnamed Midwife) – and eventually we realise that Eddy isn’t just a disguise: he is our protagonist’s true identity.

One of the reasons I like The Book of Etta is that it recognises that questions of identity don’t disappear in inconvenient circumstances. It engages (or tries to engage) with how someone might struggle to grapple with such questions in a community that has no context for them.

However, I have a lingering concern: the (presumably) unintentional link between being trans and a history of sexual abuse. The implications (Eddy was born in the chair) bother me enormously – while it is rejected at one point, it returns in extremis, leaving the line blurred. And it’s not unique to Eddy. Flora (a transwoman) was castrated and sold into sexual slavery before identifying as a woman; while we meet other transwomen, only an uncertain contrast is offered by Tommy, who is otherwise confined by Nowhere’s matriarchal culture.

As the third book has been announced as The Book of Flora, I hope this will put my concern to rest by fleshing out the secondary trans characters and giving us better insight into Flora herself. I also hope it will offer some reassurance on Eddy’s future, as I finished The Book of Etta worried that his trials were far from over: a post-Mormon underground matriarchal cult as focused on childbirth as Nowhere itself seems an unlike place for Eddy to flourish.

Those more interested in story than questions of gender or identity will find themselves well-served by a taut, nail-biting narrative. However, while there are occasional explosive action sequences, this is a predominantly introspective novel. I think it’s just as ground-breaking as Midwife (if not more so), but I suspect – sadly – that it will garner fewer adherents.

Tags: Meg Elison, The Book of Etta, The Road to Nowhere 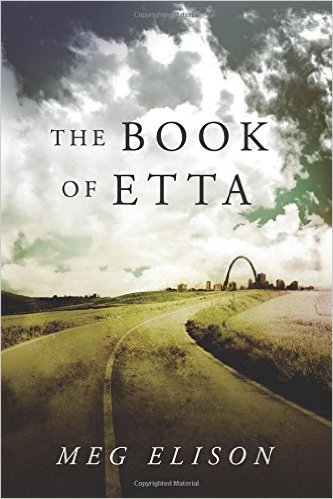