Resistance by Mikhaeyla Kopievsky
Series: Divided Elements #1
Published by KYRIJA on January 30th 2017
Genres: Science Fiction
Pages: 340
Format: eARC
Source: Publisher
Thanks to KYRIJA for providing me with a copy of this book in exchange for my honest review. This does not affect my opinion of the book or the content of my review.

Anaiya is an elite Peacekeeper tasked to guard the Co-operative of Otpor from Unorthodoxy. Bred to be competitive, she strives to be the best – but when Resistance rises in the Precincts, the best way to bring it down is to join it. In a culture that defines its people by their dominant Element, can a passionless, disciplined Fire Elemental believably become a Bohemian Element of Air?

Australian author Mikhaeyla Kopievsky’s debut novel is the first in a new series (Divided Elements) set in a post-apocalyptic Paris (Otpor) – a lonely city that survives in the blasted Wasteland. The Co-operative has developed a strict social framework to ensure its survival, which has helped it flourish in what appears to be an otherwise empty world.

“Orthodoxy – the right belief and true knowledge that all humans, born or created, have an innate dominant Element that determines their attitudes, perspectives and abilities. An Element that, when properly aligned and strengthened through conditioning, produces maximum productivity and optimal functioning of the individual, the Element and the Cooperative.”

Resistance is a deceptively simple story – it’s easy to dismiss as just another dystopian struggle, probably best aimed at younger readers with its present tense narration and focus on feelings. But there’s more here than meets the eye. This is a book that can be read casually and enjoyed, but I’ve found myself picking over its ideas ever since I finished it.

With new conditioning imposed, Anaiya finds she has a natural affinity for talents at odds with her nature (colour me surprised: Orthodoxy is absurd). While that’s enough to put her off-balance, she also feels for the first time, beginning to see motivations and emotional context that were invisible to her when people were simply males or females to be restrained for Unorthodox behaviour: Robocop in reverse. Her world-view will be challenged as she goes undercover; inevitably, she forms emotional connections of her own that conflict with her mission.

These new friends never quite came to life for me – I had a better sense of the authoritarian, single-minded Peacekeepers than the supposedly nuanced, volatile Resistance. This may be deliberate – Anaiya has never had to decode emotions or behaviour before – but left me slightly dissatisfied, with Kaide, Rehhd, Seth and Eamon more hints than substance (on the flip side, they’d all be terribly glamorous on-screen). However, the book lays sufficient groundwork to give Anaiya’s climactic decision and its consequences weight – and to leave me intrigued for future instalments.

I love a good dystopian story, and Resistance is one of those books I like more the longer I think about it. While there are no real surprises here, it’s refreshing to get the perspective of the enforcer convinced they’re preserving a utopian status quo (and they are, mostly; one of the things I have revisited repeatedly is that I’m still tempted to call Otpor a utopia even though it erases free will. And that makes me wildly uncomfortable, for which I tip my hat to Kopievsky). I also loved that it was set in Paris, although the first half of the novel feels like Any Other Dystopia as the Fire Element don’t appear to speak French and many familiar place names are translated into English.

It’s not Atwood or Huxley, but it has some fine moments. I particularly liked the scene in which newly-reconditioned Anaiya – confronted by the scars and stories of her new friends – grappled with the idea that what Peacekeepers do is violent. And while the Orthodoxy felt simplistic (even allowing for the reader being intended to reject it), I very much liked the focus on social programming rather than good and evil. There are no characters here who are villains by choice, just people who are following a script they literally can’t question. It’s a timely message and allows for some clever storytelling – Anaiya’s perceptions, feelings and even language (watch the use of adjectives) shift with her conditioning.

I hope for further world-building in the sequel – a lot is sketched in quickly in this first book, and while it’s largely consistent, a few gaps / implications left me asking all the questions about the intricacies of the state. I’d also hope to see more depth of characterisation as Anaiya becomes more empathetic and begins to better understand those around her.

I’d recommend this to fans of Divergent and Minority Report (the film, not the short story) – it’s a glossy, well-written tale that holds a lot of promise. 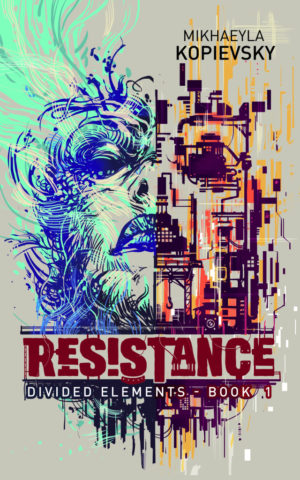