Level Grind is a fast paced urban fantasy with a gamer sorceress who lives amongst shifters. There are plenty of gaming/geeky references that make this a fun read and make the characters seem that much more relatable (assuming you’re a geek, which I hope you are).

Jade Crow is a great protagonist that kept me entertained. A gamer nerd who has been trying to pass as just an ordinary hedge witch, running a comic book and game shop, she is actually a powerful sorceress. In this world, that is not something you want to advertise because sorcerers are feared, seeing as they have a reputation of being cruel as well as eating people’s hearts. Not exactly a friendly conversation starter to drop on your new neighbors. Oh yeah, and she has an obsessive ex-boyfriend who is an incredibly powerful sorcerer and is trying to track her down. This is another reason Jade is trying to lay low as she makes a new life for herself in a small shifter town.

Level Grind is actually an omnibus of 4 novellas. While I do prefer novel length books, I think these were enjoyable quick stories that I found myself appreciating more the more I read. The nice thing with a compilation of novellas, is it makes for good breaking points if you want to read something else. Each novella featured a mystery that Jade was trying to solve, often with the help of her group of friends. She also finds herself a sexy ally that brings a bit of romance For me, reading them all back to back, there was a little bit of recap at the start of each novella which equated to pages that I personally didn’t need, but at the same time, the recaps were very quick and could serve to be useful for those who opt to not read them all straight through.

As you would expect, the novellas are each contained stories that work reading them on their own, but as a set you can see how the characters progress in both magical development and their relationships, you get a better sense of the history that led to this point as well as setup for future potential conflict. Although, even by the end of the fourth novella, I don’t know that I felt like the characters were deeply developed, but I think that is something that is hard to do in a novella format. Novellas do not have the luxury of page space to devote to complex characters and world building. They are short and need to keep the story going with as little extraneous information as possible. It’s all about keeping the pace going, which Level Grind does nicely. However, with that same page space issue in mind, I also felt some of the resolutions came incredibly quick and easy. This is one of those books where you are better off just going with the flow, enjoying the journey and not trying to theorize how realistic anything may or may not be.

The last two novellas, I felt were stronger. This may be due to both becoming more familiar with the world and characters as well as the fact the last two novellas were longer in length. The stories felt a bit more developed, likely because they were. I also felt that the second novella was probably the weakest of the lot. In the first one, everything is fresh and new, we meet the characters and magic, but the second one has to build on that and rely on the story itself to bring something new for the reader, and the second novella was one of the shorter ones and felt a bit underdeveloped to me. So, if you pick this one up and feel let down by the second novella, but enjoyed the first, I would encourage you to keep reading as the last two have more to offer.

For me, these were straight up fun escapist reads, something I really needed this past month. Especially as I found myself enjoying these more as I read, I do plan on reading the next volume when it releases and I’m curious what is in store next for Jade and her friends. 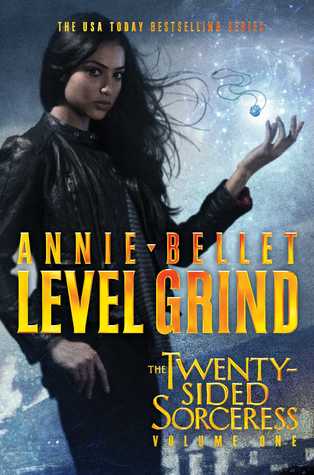