Chasing Embers by James Bennett
Series: Ben Garston #1
Published by Orbit on September 6th 2016
Genres: Fantasy
Format: eARC
Source: Publisher
Thanks to Orbit for providing me with a copy of this book in exchange for my honest review. This does not affect my opinion of the book or the content of my review.

Chasing Embers certainly gets off to a very promising start, in fact you barely crack the book open before there’s an explosion of action that leaves you anxious to read quickly on. I’m not sure how many books are planned but I can see that this has the makings of a very entertaining urban fantasy series where a world of mythology lives alongside our modern world and a whole host of fantasy creatures hide in plain sight.

Basically, and without giving away too much of the plot, long, long ago an ancient pact was formed between the fantastical beasts that roamed the earth and the humans. This pact was formed to prevent large scale war and bloodshed and the stipulations of the pact must be closely observed in order for it to remain intact. I’m being a little bit mysterious here because you need to discover the history as you read. Anyhow, at the start of the story, our central character, Ben, finds himself in a couple of close encounters that leave him seriously questioning whether or not the agreement still stands and with his life under threat he finds himself in a desperate chase, following in the wake (or embers) of another creature that could threaten the fragile peace of the world.

I enjoyed Chasing Embers, its a very ambitious first book in series but it’s a very well researched story that encompasses many different myths and religions and takes us on a fantastical flight of fancy round the globe from New York to London to Egypt. Yes, there are a few old tropes that pop up but there are also a few unexpected twists that bring something new to the scene.

In terms of the writing I enjoyed the authors style. I’m not going to deny that he has a descriptive or wordy approach but this is a style that I sometimes enjoy although I can see that it maybe slows the pace down a little or, more accurately, it’s not something you will be able to race through. A book to savour methinks!

I mentioned above that the story is quite ambitious. There’s a fairly detailed plot going on here and whilst at first this may just seem to be a bunch of fantasy creatures holding a grudge the actual main theme is much more in depth with a lot of world building and history to be threaded into the story. Yes, there are dragons, witches and ‘others’  but also thrown in for good measure are Gods!

So, to the characters. The main star of the show is Ben Garson, previously known as Red Ben for that is the colour of his scales when he is in his true form. Ben is a dragon. He now walks amongst us in human form and for the past few hundred years his nature has remained mostly hidden, but scratch the surface hard enough and his real character will reveal itself. I think Ben is a fascinating character. He’s not one that you will immediately like perhaps but he’s incredibly complicated. He spends a good deal of time, for example, feeling a bit sorry for himself and wallowing around in self pity but let’s not forget he has a long and detailed past with plenty that he would probably sooner forget! On top of this he has to deal with his basic dragon instincts in a world where damsels in distress don’t really exist and flares of temper will put you into anger management classes. Ben is an ancient creature living in a modern world and is still struggling to adapt. He’s flawed and he certainly makes mistakes as he rushes headlong into situations without really considering the outcome. Rose is Ben’s on and off girlfriend. She doesn’t really know what it is that makes Ben different but she does know that there’s definitely something. Von Blaise is a very amusing character. A member of the fey he has a certain flair for dramatic entrances and I hope for much more from this character in further instalments.

Criticisms. I think that my main comments relate mainly to this being a first in series. I need more time to form real attachments to the characters and also to feel that the world is firmly established but this will develop as the series progresses.  I would also point out that the author isn’t shy in terms of painting vivid fight scenes so bear that in mind if you’re maybe a bit squeamish. And finally, in terms of the world building. Bennett has managed to fit a lot into this first book. You could argue that maybe he’s tried to cover too much ground for a first in series and maybe in that respect their is a tendency to info dump a little but I think this was quite well blended in using stories and museum talks and the like.

On the whole I think this is an impressive debut and I definitely look forward to reading the next instalment. 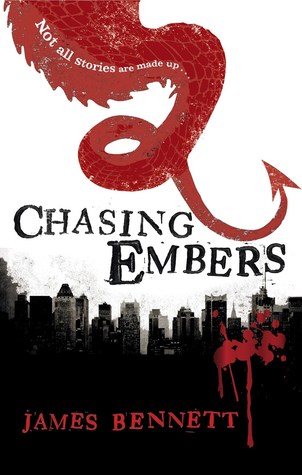