13 Minutes by Sarah Pinborough
Published by Gollancz on February 18th 2016
Genres: Thrillers
Pages: 406
Our reviews of this author: The Language of Dying
Format: eARC
Source: Publisher

13 minutes s a psychological thriller that looks at life through the eyes of a bunch of 16 year olds. It’s one of those books that, reading as an adult, makes me simultaneously almost giddy with relief that I’m no longer at high school followed by this horrible prickly sensation about maybe never truly knowing another person.

As you can gather from the book jacket the story starts with 16 year old Natasha Howland (Tasha) being pulled from a freezing cold river. For a few minutes, in fact 13 to be precise, Tasha actually died before she was revived and taken to hospital. When she eventually awakens she has no memory of the events that led to her near drowning experience but given that she was in the local woods in the early hours of the morning, with a text from an unknown number luring her to the spot the police are a little suspicious of events.

What really worked for me with this book is the deceptively simple writing and the easy way that the characters and their histories are so easily brought to life on the page. This is truly a mean girls story where the popularity stakes have reached an all time high.

So, to the characters. The majority of the story is narrated through Becca, who was once firm friends with Tasha until she was unceremoniously dumped because she no longer fit the image required to become ‘popular’. Quickly replaced by a newer, prettier version Becca never totally got over the rejection and in fact suffers from rather low self esteem. Tasha and her two followers (known as the Barbies) are the toast of the school, everyone wants to be their friend – or just be noticed by them. They’re beautiful. They set trends and go to all the cool parties. However, it does seem that after Tasha’s near death experience something isn’t quite right. The friendship doesn’t seem to click any more and there is something strange unfolding.

The setting is pretty much a modern day high school setting and obviously most of the characters are 16 years of age, so it seems on the face of it that this is aimed at a YA audience – however, don’t be fooled by that. This is a clever story, well written with plenty of mystery and tension. I would also mention that the f-bomb, sex and drugs play a role here but only in a way that gives the story added realism and not in a gratuitous fashion.

I’m not really going to go into the plot. There is plenty going on and no let up in the drama. I admit that some of it will have a familiar feel in terms of being set in a school, the back biting, the bitchiness and the struggles of the students who seem to have the constant threat of committing social suicide hanging over their heads. The story is much more than a school drama though. Narrated partly through Becca, diary entries by Tasha, police reports and notes of therapy sessions along with the odd texts and other articles. That probably sounds as though it would give the story a choppy feel but that really isn’t the case and in fact it all adds to the tension. It’s also worth paying special attention to all of these different methods of narration because on reflection the author gives a lot of subtle hints to the reader – at the same time of course as throwing in plenty of red herrings, giving everyone secrets and making half the cast appear to be implicated!

I thoroughly enjoyed this. It’s an absolute page turner and very entertaining. A murder mystery that isn’t afraid to really take a look at relationships, look at people’s fears and motivations and examine the mixed messages and double standards that so often lead to mischief, difficulty or, in this case, much worse.

I’ve enjoyed all the books I’ve read by Sarah Pinborough and this is no exception. A talented author who seems to be able to turn her hand to anything and give it a certain special something I look forward to seeing what she comes up with next.

This review was originally posted on Lynn’s Book Blog. 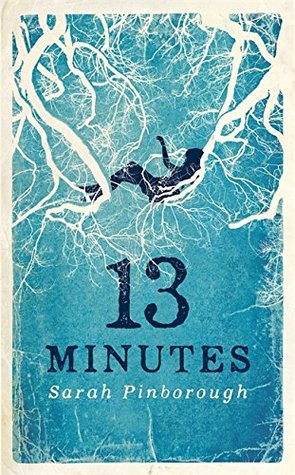