The Suicide Motor Club by Christopher Buehlman
Published by Berkley on June 7th 2016
Genres: Horror
Pages: 368
Format: eARC
Source: Publisher
Thanks to Berkley for providing me with a copy of this book in exchange for my honest review. This does not affect my opinion of the book or the content of my review.

The Suicide Motor Club is a visceral portrayal of the darker side of vampires. As you would expect from Buehlman, these are not the sparkly, hunky types of vampires that teenage girls swoon over. These are the things of your nightmares becoming reality. The pacing and emotions are as relentless as the vampires of the suicide motor club.

The main vampires we meet are part of what is called The Suicide Motor Club. They stalk their prey on the highways (if the word stalking can be used when they are driving over 100 miles per hour. At night, with no lights.) Choosing their victims, causing horrific crashes, and feasting on the survivors. This to me, is just a terrifying scenario. It shows a vulnerability as there is little you can do when driving down the highway if another car decides their purpose is to make you crash. Normal people are not trained or capable of evading this. The fear of crashing is honestly scary enough for me. Especially in the 1960s before there were as many safety features on cars. But then to survive the initial crash, trapped and bleeding as waiting prey for the vampires to feast on and finish the job just takes the scenario from fear to absolutely horrifying. These vampires take a cruel pleasure in the hunting and pain of humans.

But when one of their victims not only survives, but also proves immune to their glamours and mind control abilities, the hunters become the hunted. Judith may not be able to explain what she saw in terms of what other people will be willing to accept, since vampires hide their existence. But she remembers clearly who and what caused her devastating loss on that highway. Judith’s first tactic at recovery really surprised me and yet it makes perfect sense. She is is a strong woman, and when she is given an opportunity she will seize it with all her might.

Buehlman did not just do a great job with Judith’s character, but also with the characters of the vampires. The story was incredibly well balanced with enough back story and information to allow the reader to distinguish and understand each vampire as unique from the others. They all had their own motivations and personalities. There are some interesting scenarios that occur that really test faith and trust. One vampire in particular I found absolutely fascinating.

I really want to know what happens next in the characters that survive to end of this book and yet am completely satisfied with the ending. Honestly, I just thought it was fabulous. Buehlmans ability to craft words to flow so beautifully and yet paint such a terrifying tale is in full force. Pretty much, this is a fantastic story that will force you to the edge of your seat and pitch your emotions from fear to heartache to vengeance. It is a book that can be terrifying and yet will never cross you mind to set it down until the final page has been read. 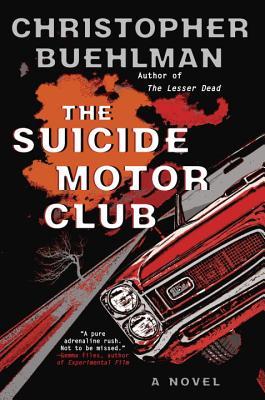