Pieces of Hate by Tim Lebbon
Series: Assassin #2
Published by Tor.com on March 15th 2016
Genres: Fantasy
Our reviews of this author: Blood of the Four
Format: eARC
Source: Publisher
Thanks to Tor.com for providing me with a copy of this book in exchange for my honest review. This does not affect my opinion of the book or the content of my review.

We start the book with Deadman’s Hand.  This is the first in the Assassin’s series and opens as a stranger rides into the town of Deadwood on a pale horse. His name is Gabriel and he seeks revenge. Doug is the local storekeeper who witnesses Gabriel’s arrival and who will narrate this tale.  It seems from this point onward that Doug, in spite of himself, is going to be pulled into the strange world of Gabriel and the man that he seeks.  At the same time, on the other side of town another stranger has appeared and following some sort of altercation is now spending time in the mortuary!  Strange coincidence?  Or has Gabriel been beaten to his quarry?

This is only a short story but nonetheless is an intriguing tale with a small but interesting cast of characters.  I don’t want to elaborate too much on the plot because it would be easy to spoil the story for others.  What I can say is that Gabriel is no ordinary man.  Cursed hundreds of years ago he seeks the man called Temple who killed his family.  Temple, likewise is no ordinary man, he is in fact a demon, incredibly difficult to kill with death following swiftly on his heels.  The two of these characters share a violent history, one in which they’ve both committed terrible crimes and one which seems destined to be repeated over and over throughout the centuries.

This first story was a very quick read, well written and although only short it manages to convey an impressive sense of menace.  We then move to the second story, Pieces of Hate which in fact actually takes a jump back in time and is this time narrated by Gabriel. We now accompany Gabriel on a maritime adventure as he once again seeks out the whereabouts of Temple.  This story has a different feel from the first.  We travel back in time to see the terrible events that first led Gabriel down this path with the words ‘Feed Your Hate’ drawing him in. We’re about to join the company of pirates and go in search of Captain Henry Morgan who looks set to become the demon Temple’s next victim.

This is a lively and fast paced read.  I feel that I should mention that it’s also fairly brutal and bloody, so be warned.  Of course both the worlds visited here are places of violence and death and between Gabriel and Temple the body count stacks up.

I’m intrigued about where the author will take this next and I wonder how many instalments this tale will eventually have?  We’ve met the characters and seen how their fates become entangled.  It looks as though the next instalment will be set in Singapore during WWII and may be poised to give us a little bit more information on Temple which sounds very intriguing to me.

If you fancy a dark tale of vengeance that spans the eras and you’re not afraid of bloodshed then this could be for you.  I admit that short stories aren’t usually for me but as this is a series of short stories that are all connected I confess I’ve been drawn into this world and I’m keen to see what comes next. 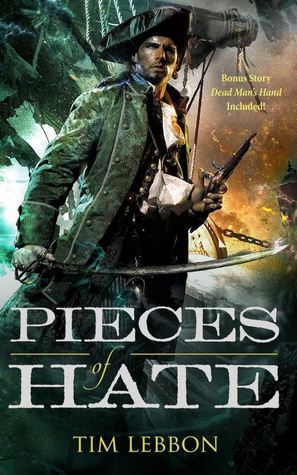