The Lyre Thief by Jennifer Fallon
Series: Hythrun Chronicles: War of the Gods #1
Published by Tor Books on March 8th 2016
Pages: 448
Thanks to Tor Books for providing me with a copy of this book in exchange for my honest review. This does not affect my opinion of the book or the content of my review.

The Lyre Thief by Jennifer Fallon is packed full of all my fantasy favorites. Assassins, thieves, undesirable arranged marriages, scandalous secrets, switched identities, bandits, magic. Oh, and dragons. It checks lots of boxes, and honestly, it does it all quite well.

I quickly became engrossed with the characters. The story is told through numerous POVs, but all are done well and all provide clearer insight to the overall picture. Quickly you can identify a pair of sisters as being central to the story.

Rakaia is a princess of Fardohnya, which on the surface sounds like a pretty good life. Until you learn the real details. She is one of scores of daughters of the King who has a harem, so lots of wives, lots of children. In addition to his wives, the harem also includes court’esa. These are men and women who are experts in the art of sexual pleasure. Somehow of out of all the children born to the King from his legitimate wives, only one of them is a son. The rest? Daughters that he can use for political or economic advantage as they are traded off as wives to secure some advantage for the king. Pretty much, they are just a commodity he has in excess.

Since she was very small, she has been inseparable with her half sister Cherisee. Cherries is the King’s daughter from one of the court’esa. As she is not a legitimate daughter, her role in life has been to be a slave and servant to Rakaia. The two girls are close in age as well as close in appearance. They become more than just servant and princess, they become close friends and playmates.

But Rakaia was not destined to keep the pampered life of a princess. Her mother has a secret, one that makes her fear for her daughter’s safety and future. For this reason, she works out a deal to have Rakaia sent off to marry a border lord who is probably close to 80, and if the rumors are true, also syphilitic. Nice. What young girl wouldn’t be thrilled with that prospect! Now enters the plan of switched identities! It will call for Rakaia to flee, leaving Cherisee to take her place as princess and bride. So, Cherisee is left trying to play the role of pampered princess, a role where she must learn to think more about herself and her own desires instead of always looking to make everyone else happy. And Rakaia is left completely on her own, needing to leave her royal life as just a memory and learn how to survive in a world she has been quite sheltered from.

I loved reading both of these storylines. They are both intriguing characters that you want to root for. One of them also has a bit of a romantic interest that I did enjoy, and am curious how it will play into future books. I would be remiss to not mention the role of gods in this story as well. They can walk amongst us humans, and do. I have to say, this added an extra layer to both the world as well as my enjoyment. They could be quite entertaining! And then there is the conflict of the tiny stolen lyre. A token of the God of Music that is worth more than you would think. Without it, everything could change.

I also want to mention that I have not read other books by Fallon. This series is set in the same world as her others, but I find it to be done in such a way it is very easy to use as a starting point. Fallon does a great job providing history when it is needed without ever feeling like an info dump. I never felt like I was missing a part of the story, and while I loved this enough to want to go back and read her other books, I definitely do not feel they are required to read this one.

I can’t say the book is without imperfections, but the ones I found I realized I just did not care. This is a book that had me reading late into night, and I realized before finishing it was also one that would leave me craving the next book because the further I read, the less pages I saw remaining, the more I felt I was just not ready to put the book and story down. I eagerly wait for the next installment so I can find out what happens next! 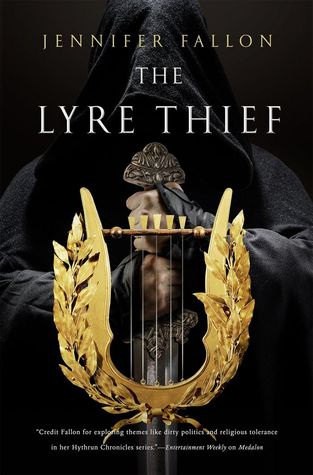