A Song for No Man's Land by Andy Remic
Series: A Song for No Man's Land #1
Published by Tor.com on February 9th 2016
Genres: Fantasy
Pages: 208
Our reviews of this author: The Dragon Engine, Twilight of the Dragons
Format: e-book
Source: Purchased
Thanks to Tor.com for providing me with a copy of this book in exchange for my honest review. This does not affect my opinion of the book or the content of my review.

A Song for No Man’s Land is a brutal and bloody triumph for Andy Remic. The portrayal of Robert Jones (British soldier in World War I) a gripping snapshot of the true horrors of war after all illusions of glory and honor are stripped away, leaving behind only the ghastly reality. And, somehow, while capturing the spirit of Tommies in the trenches, Mr. Remic was also able to imbue this tale with fantastical elements; mysterious beings appearing to our protagonist during the most horrible moments; their connection to him explained in numerous flashbacks. All of these diverse elements meshing together perfectly to tell a most compelling and riveting story.

From page one, Robert Jones is the focus of the narrative; his past life as a womanizer, alcoholic, and dedicated debaucher slipping away as he prepares to ship out to the front lines of the Great War in France. Naturally, though, he is out drowning his fears one last time in his favorite vices. At least, he attempts to before some of his “mistakes” find him, leading to a confrontation he survives only due to the unexpected intervention of one Charlie Bainbridge. This huge, mountain of a man becoming Robert’s steadfast friend thereafter.

Quickly (because this tale moves fast), time flashes forward, and now Robert and Charlie are preparing for the Battle of Flers-Courcelette, where they are anxiously awaiting their turns to “go over the bags” and charge into no man’s land: a scene right out of hell itself with dead and wounded soldiers, cratered and lifeless landscapes, and barbed wired killing fields. The fate of the two comrades in doubt the whole time; no promise being made that either will survive the horrors they are forced to charge out into.

And then – just as the horrors of the war take hold – the flashbacks begin in earnest. Not for Robert really, but for the readers themselves. These interludes to the past focusing on a young boy determined to brave a terrifying forest dubbed the “Devil Wood” and reach an unattainable goal. Obviously, a reader will assume this boy is either Robert or Charlie, but it isn’t crystal clear if that assumption is correct. At least not until the end of the story. But, no matter, the one thing which is easily understood is that something sinister and ancient lies before this innocent child – something which is calling out to him, whispering that an unnatural horror is about to befall mankind and that he has a role to play in it all!

Thereafter, Andy Remic steers this tale back and forth between the present and the past. The constant time shifts the main feature of the narrative, allowing fantastical elements to be slowly but steadily mixed into the story of the Great War until everything begins to take shape in the bloody mud of no man’s land. The amalgamation of the two different tones shaping Song into something unique, something both horrifying and compelling. The tearful moments nearly as abundant as the brutality of war, the contemplation of life nearly as prominent as the fantastical mysteries. All of it building to an ending which answers some questions but leaves even more unanswered.

No doubt, you can tell I enjoyed A Song for No Man’s Land. It was the perfect vehicle to highlight Mr. Remic’s talent for honestly portraying humanity in the worst of circumstances. No, it isn’t always pretty or easily digestible, but Song is Mr. Remic at his best, leaving you awed and shell-shocked, as you are forced to contemplate both the worst and best in ordinary people placed in inhuman circumstances.

Tags: A Song for No Man's Land, Andy Remic, Novella 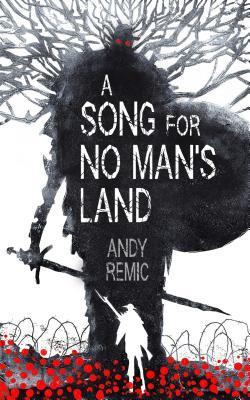