Dreaming Death by J. Kathleen Cheney
Series: Palace of Dreams #1
Published by Roc on February 2nd 2016
Genres: Fantasy
Pages: 432
Format: ARC
Source: Publisher
Thanks to Roc for providing me with a copy of this book in exchange for my honest review. This does not affect my opinion of the book or the content of my review.

Last year I read a wonderful novel called The Golden City, the first of a fantasy trilogy set in an alternate early 1900s Portugal featuring sirens and selkies. This was how I first came to discover the work of J. Kathleen Cheney. As you can imagine, I got pretty excited when I found out she was writing a new book! And this time, she’s transporting readers to a whole new world full of magic and amazing things to discover.

Indeed, Dreaming Death is a novel of ideas, and it is absolutely delightful. Imagine, if you will, a place rich with history and culture, and in the population, a subset of individuals called “sensitives” are gifted with augmented psychic senses that would allow them to feel others’ emotions. But for some, that gift is more of a curse. Shironne Anjir is a sensitive whose talents are even more responsive than most, and when she first came to her full power in her early teens, the constant barrage of emotions and sensations overwhelmed her and left her blind. However, her ability to pull information out of the objects or people she touches has made her an invaluable asset to the army, who frequently retains her as a consultant to help them solve crimes. For example, a recent string of brutal murders possibly connected to blood magic have left investigators baffled, and Shironne has been called in to see what she can glean from contact with the bodies.

Meanwhile, royal guard Mikael Lee has been affected by the killings in a whole different way. A powerful sensitive himself, Mikael is also “dreamer” whose ability causes him to dream the deaths of others. Lately, the suspected blood magic victims have made his dreams even more traumatic and intense, and Mikael lives with the constant fear that the next time he goes to sleep, he may not wake up again. But unknown to both Shironne and Mikael, who don’t even know each other, their strange powers might be linked, and that connection could be the key to solving the mystery before the murderer strikes again.

It’s no exaggeration when I say I could probably go on forever about the background of this book, because it is just that deep and rich. It did give Dreaming Death a rather slow start, because the first hundred pages are full of all the knowledge you have to absorb to get a sense of the setting and story. Within the first handful of chapters, I encountered the names of no less than three to four different factions/cultures and close to two dozen names of characters, both major and minor. I reviewed an advance reader’s copy of this book which did not contain any maps or dramatis personae detailing characters and their relationships, but I have to say both would be immensely helpful if they were to be included in the finished edition.

After finishing the book though, I was amazed. Once the story gathers steam, it becomes intensely addictive and hard to put down. Dreaming Death is by far the most impressive work from the author yet. She has crafted here a uniquely original world with an exciting blend of fantasy and mystery, complete with a light touch of political intrigue. The setting is truly breathtaking, and Cheney goes all out in providing the exquisite details readers need to bring this place to life in their minds.

The characters also deserve praise. While the two main protagonists are both written extremely well, I have to say the portrayal of Shironne is where the narrative especially shines, painting her as a capable heroine even though she can’t see. She may be aware of her limitations but at the same time she also recognizes her own worth, acknowledging that what she can do is more important than what she cannot. Taking in the world through Shironne’s perspective was also an interesting experience, since her chapters mostly use the senses of smell, touch, and sound to describe her surroundings. Because of her status as a sensitive, there’s also the cool twist of her power to read others’ emotions. Strong impressions of feelings are usually the first things that hit Shironne whenever someone enters her sensing range, thus it’s often the way she “meets” others.

Things get even better when Shironne and Mikael are introduced to each other for the first time. I simply love the relationship between these two. I also enjoyed the special way they communicate, as well as their playful banter. Though the plot might be hinting towards a possible romance, it is not a significant element in this story, but regardless, there’s no denying the powerful attraction they have for each other. Plus, the notable characters don’t stop at Shironne and Mikael either, and in fact the novel is made even better by the presence of a strong supporting cast.

Lastly, though Dreaming Death features a self-contained plot on its own, Cheney leaves a multiple dimensions to explore in future installments of the Palace of Dreams series. Personally, I would very much like to see more world-building in the sequel, because even though we get plenty of minute details about our immediate surroundings in this novel, I was given only a vague sense of how these linked puzzle pieces fit in the bigger picture. Things I wouldn’t mind learning more about include societal structure (who are these Elders who determine so much of life for the Families?) or how the magic works (like why are Mikael’s dreams of death particularly attuned to these murders but not any of the other violent or accidental deaths that must occur on a regular basis in a big city?) Generally, I would also like the next book cover more history, because while this one hints at a world with a long and storied past, I get the feeling we’ve only scratched the surface. Clearly, I’m looking forward to what else this series has in store!

Dreaming Death is a book of mystery, magic, and overwhelming potential which promises more good things to come from J. Kathleen Cheney. Now begins the countdown for the sequel, and I can scarcely wait to return to this strange and wonderful world and its charming characters. If the author isn’t on your radar yet, it’s time to remedy that! 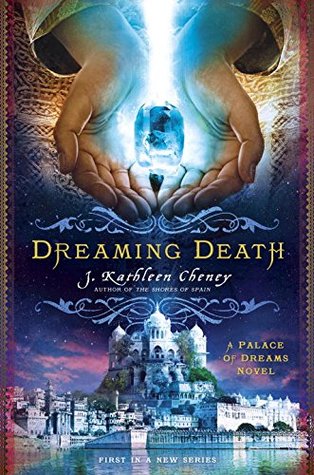